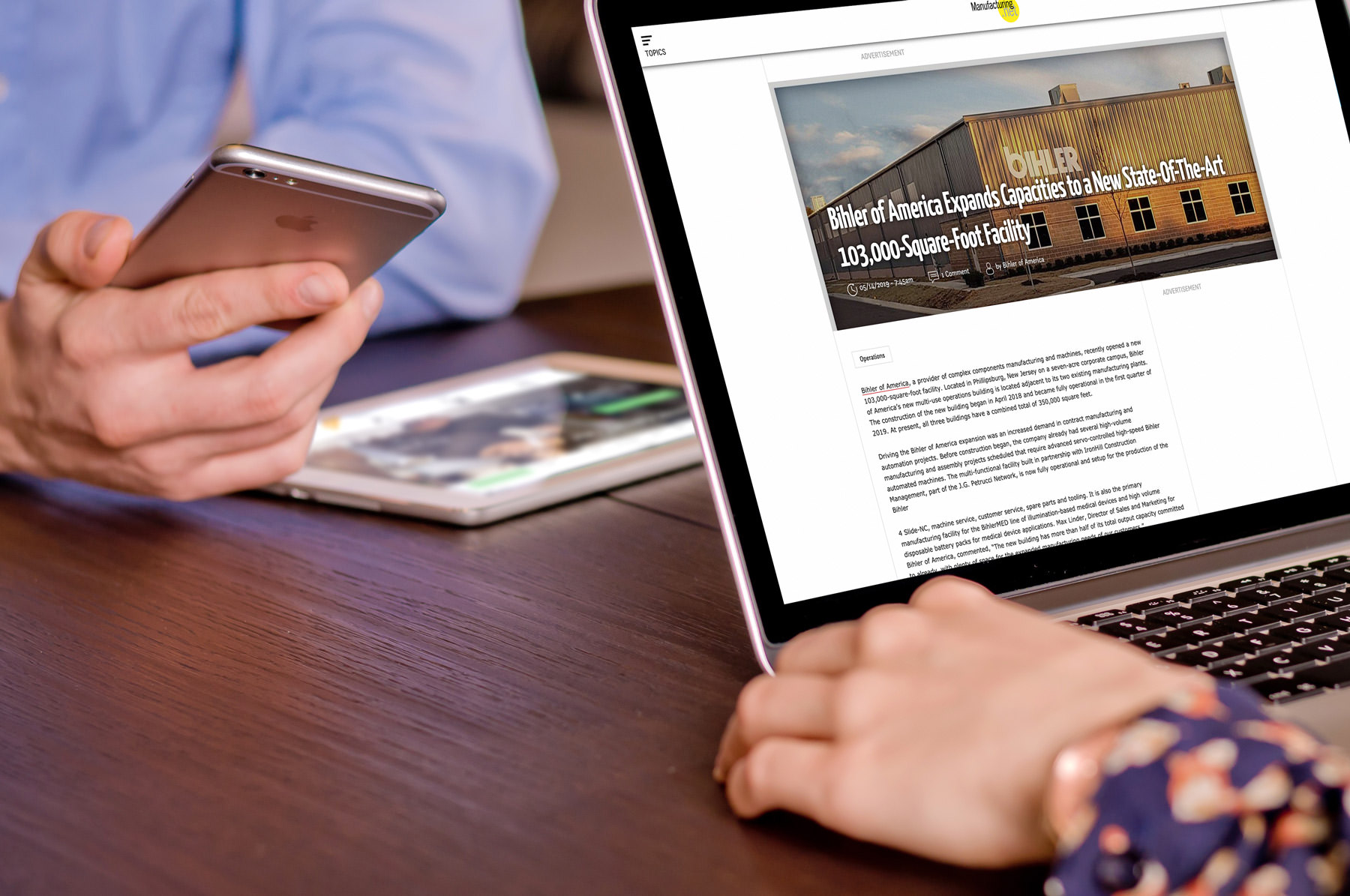 Located in Phillipsburg, New Jersey on a seven-acre corporate campus, Bihler of America’s new multi-use operations building is located adjacent to its two existing manufacturing plants. The construction of the new building began in April 2018 and became fully operational in the first quarter of 2019. At present, all three buildings have a combined total of 350,000 square feet.

Driving the Bihler of America expansion was an increased demand in contract manufacturing and automation projects. Before construction began, the company already had several high-volume manufacturing and assembly projects scheduled that require advanced servo-controlled high-speed Bihler automated machines. The multi-functional facility built in partnership with IronHill Construction Management, part of the J.G. Petrucci Network, is now fully operational and setup for the production of the Bihler…”